Our federal government has been trying to repeal and replace the Affordable Care Act (ACA), which is more commonly known as Obamacare. Considering the control of the legislative branch of the government, it was expected there would be no trouble repealing and replacing the ACA or Obamacare. However, our lawmakers were unable to come to an agreement on healthcare reform after countless attempts in 2017. Instead, they have been slowly dismantling some of the health law’s core components, leaving only bits and pieces of the former President’s hallmark healthcare legislation. 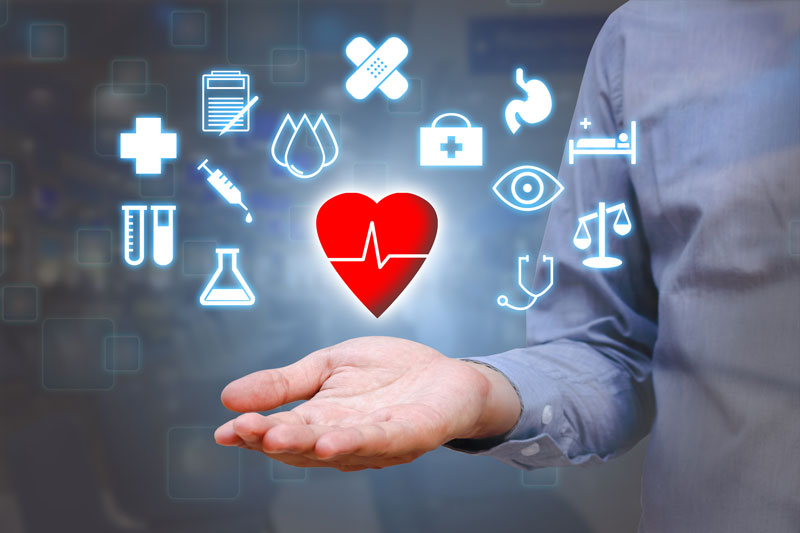 Slowly tearing apart Obamacare does have a purpose. It likely will send the program into a “death spiral,” whereby premiums rise at a rapid pace and healthy individuals drop out of the program altogether. Such a move would prompt lawmakers to come together and create a new health plan. But in the interim, it means painfully high increases for those folks signed up with Obamacare who don’t qualify for government assistance or subsidies. According to the Congressional Budget Office (CBO), premiums for near basic plans, the second-lowest-cost silver plan listed on ACA exchanges, are expected to rise by 25% in 2019 and then average a 15% increase per year thereafter, through 2028.
The CBO’s estimate could prove conservative for next year. Back in late January, insurer Covered California in the nation’s most populous state released a report entitled, “The Roller Coaster Continues” that described what it believes will be bottom-line premium hikes of between 25% and 40% in 2019. Though these are estimates, and rate hikes often aren’t finalized until September or October, when a large insurer in the fifth-largest economy in the world speaks, you tend to listen.

The CBO estimates that the total number of uninsured will rise by 3 million next year, to 32 million, and the non-elderly uninsured rate will hit 13%. By 2028, some 35 million people are forecast to be without insurance if the pieces of the ACA are kept in place.

If we had to provide reasons for this rapid rise in healthcare premiums, a few would stand out. 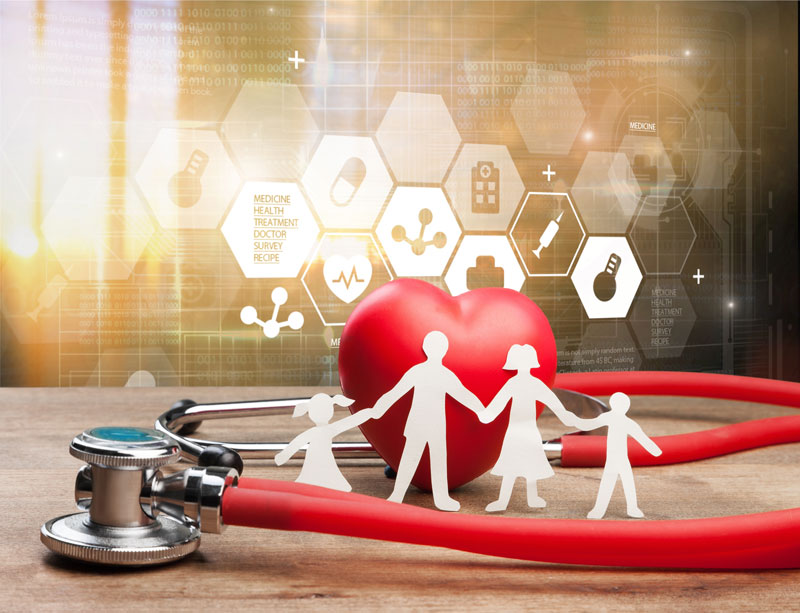 The first is the dropping of the individual mandate. The individual mandate is the living component of the ACA, requiring individuals to purchase health insurance or pay a penalty, called the Shared Responsibility Payment (SRP). If you choose to go without any sort of health insurance and don’t qualify for an exemption, your SRP would be the greater of 2.5% of modified adjusted gross income or $695 per adult.
However, when the most recent tax law changes were passed in December 2017, it eliminated the individual mandate effective January 1, 2019. The mandate is a key part of the ACA, forcing the enrollment of healthier individuals who would otherwise take the chance and remain uninsured or purchase non-ACA plans since they are more affordable. The high premiums of these healthy individuals are needed by insurance companies to offset the higher costs associated with sicker individuals allowed to enroll in the individual ACA.

Without this mandate, it’s believed that some healthier individuals will remain without any health insurance or purchase non-ACA plans since there’s no longer any financial penalty for not having an ACA plan. Meanwhile, the population for remaining ACA insurers will include a higher number of sicker members relative to healthy members, who may choose non-ACA plans since they’re more affordable.

The second reason is due to the end of the cost-sharing reductions or CSRs, which are one of the two key subsidies given to lower-income individuals and families. CSR’s were given to people earning between 100% and 250% of the federal poverty level. They helped lower the cost of doctor visits by offsetting some of the patient’s responsibility for copays, coinsurance, and deductibles. How was this eliminated? The answer lies with a long-standing legal case going all the way back to 2014. The House GOP, which filed a lawsuit against the former Secretary of the Department of Health and Human Services, claims that all funds apportioned to the ACA should be approved by Congress, but they weren’t going through these traditional channels. As a result, the House GOP stated that CSRs were illegal.

In May 2016, a District of Columbia Judge agreed, albeit, with the expectation that the out-going administration would file an appeal, which came in shortly thereafter. This appeal had been continued on numerous occasions, even into the current presidency. Our current administration has been using the idea of dropping the appeal to encourage cooperation between lawmakers on healthcare reform, but that didn’t work. ¡Surprise, surprise!
Ultimately, they simply dropped the appeal, which put the District of Columbia Judge’s judgment into effect and ended cost-sharing reductions. Even though the Advanced Premium Tax Credit remains in place and continues to lower premiums for individuals and families earning under 400% of the federal poverty level, the lack of CSRs makes affording medical care nearly impossible for low-income individuals. At the closing of ACA enrollment for 2017, about 7 of the 12 million enrollees qualified for cost-sharing reductions.

The third reason healthcare premiums are increasing is the lack of ACA plans for consumers to choose from in their given geographic location, which is why the popularity of non-ACA plans is soaring. Long before the current President took office, large health insurance companies were expressing their displeasure with the ACA commonly called Obamacare. Many had been losing money in the ACA market, despite the belief, when Obamacare was initially rolled out, that they’d be insanely profitable. These losses were the result of healthy individuals not being coerced by initially low Shared Responsibility Payments to enroll, which led to sicker enrollees flooding the system, significantly pushing up costs and lowering profits for health insurance companies. Despite many efforts to improve young adult enrollment, it wasn’t enough to counteract the higher costs associated with treating sicker people who, under the ACA or Obamacare, couldn’t be turned away by insurance companies. 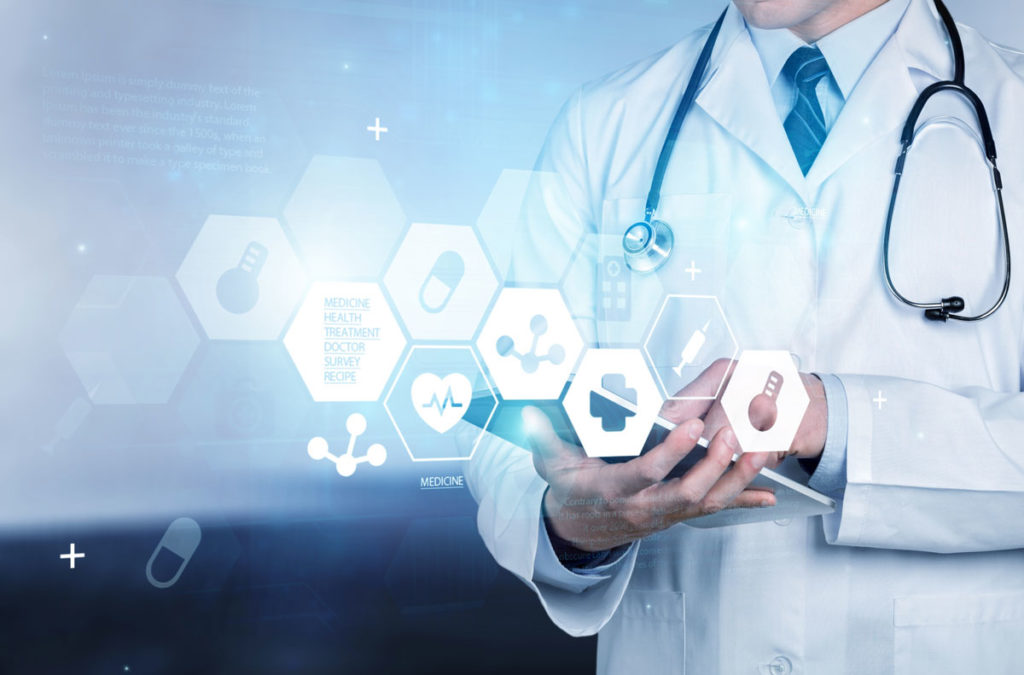 Heading into 2019, it is estimated that only 40% of all U.S. counties will have just one ACA insurance company offering a health plan. This comes after United Health Care pulled out of 31 of 34 states in 2017. After United Health Group lost $475 million from Obamacare in 2015 and predicted $650 million in ACA losses in 2016, it was no surprise to see the nation’s largest health insurance company critical of the ACA.
Last year, insurance companies Aetna and Humana, which were denied the right to merge by federal regulators, also announced their desired departure from the ACA exchanges in 2018. Without these larger companies, those few ACA options that do remain gain significant pricing power and have little desire to lower their premiums to attract new members. In other words, the bargaining power is entirely with the insurance companies.
If there’s a good side here, it’s that most Americans receive health insurance through their employers, or qualify for the Advanced Premium Tax Credit, or, better even, are healthy and qualify for medically underwritten non-ACA plans which tend to have lower premiums, lower deductibles, and stronger networks.

Here at Dave Knows Health®, Dave understands health coverage isn’t the easiest to understand. Dave strives to make it as easy as possible for Americans to comprehend & obtain.